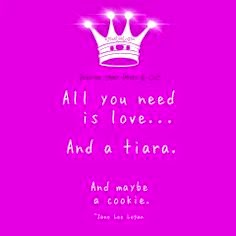 We all know that the field of Mental Health has taken leaps and bounds in the past few years.  The information, support, and mental healthcare available to our children today is far superior to what our generation (speaking as someone in their 40s) had access to.  Was it that mental healthcare wasn’t accessible back then, or what it just that children’s mental health wasn’t “a thing” when we were kids?

I’m sure there were thousands of kids with anxiety, depression, ADHD, etc back when we were growing up.  But those kids were labelled as loners, or hyperactive, or troublemakers.  It would have never occurred to parents in that generation to take their kids for a mental health assessment.  Kids didn’t have mental health issues!  Kids didn’t have stress!  Only adults have stress!  What do kids have to be stressed about?  Plenty!  I speak from experience.

I’m 41 now, and was diagnosed with PTSD almost 6 years ago.  My 13-year-old son has a Generalized Anxiety Disorder that was formally diagnosed at the age of 7.  After learning of his diagnosis, listening to the experts we have encountered over the years, and reading countless articles, books, and websites, I consider myself a bit of an expert on childhood anxiety.  Having raised a child with anxiety, I have given myself that title.  But I’ve also learned, not only through my own research, but through watching my son navigate life, that I too struggled with anxiety as a child.  Severe anxiety.  In fact, if I’m being totally honest, it is something I very likely still suffer from, although a lifetime of self-taught coping mechanisms have made it a bit easier to manage.

Knowing what I know now about Anxiety Disorders, I very clearly had one.  Big time!  And the frustrating part is that, because of how little was known about childhood mental health when I was growing up, this way of being that I had was labelled a personality defect, rather than a medical diagnosis.  Lovely!  Do you know how additionally damaging that is to a child?  To be told that the way you react to things is not based on science or medicine, but on the fact that there is something wrong with your personality?  Wrong with who you are as a person?  I can tell you those scars last way into adulthood.

So, my “diagnosis” was made before I was even 2 years old.  I was a Drama Queen.  If I was excited about something I was bouncing off the walls.  If I was scared or nervous I would pace, fidget, and verbally clam up.  If I was frustrated or angry I would cry and beg for someone to listen to me.  No one did.  Because I was a Drama Queen.  And Drama Queens will have their little meltdowns, slam a few doors, and if you leave them alone long enough they will come around.  Back to the status quo of emotion that is required in a house of non-drama queens.  *sigh*

No one can see past that unofficial diagnosis I was given almost 40 years ago.  It haunts me to this day.

And so, if that is the way you wish to see me, then that is your prerogative.  I know that my official diagnosis is PTSD with episodes of anxiety and depression.

Somebody pass me my crown!

TheLazyGourmet
Grimsby, Ontario, Canada
Grimsby mom. Newly gluten-free. LGBT ally. Mental health advocate. Former professional ballroom dancer. Dog-lover. Bon Jovi fanatic. One of my favorite quotes is "The journey is the goal" so if I can share my journey and the things I've learned along the way to help others, then my struggles will have been worthwhile. Cheers!