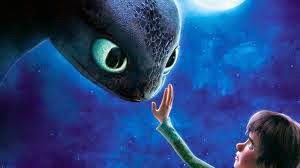 My 13 year old son started with a new therapist recently.  We moved to a new town about 6 months ago and have been searching for someone suitable since our move.  He had been in therapy previously for his Generalized Anxiety Disorder, and had been utilizing the skills he had been taught over the years, but we knew that ongoing support in the form of therapy would be necessary for him.  Navigating the teen years without anxiety is hard enough.  Navigating it WITH anxiety is going to be a challenge.

From his first meeting with the new therapist they hit it off.  She is young, cool, knows about video games, and they share a love of fish and aquariums.  This was a match made in therapy heaven!
What I loved, that had never been done before, was that she asked my son what his worries looked like.  What did he see in his head when he was feeling anxious or panicked.  His answer:  Dragons.  Worry dragons, to be exact.  Dragons that scared him.  Dragons that told him he would fail tests, that kids would tease him, that bad things would happen.  And although he didn't want to listen to them, they were powerful, as dragons tend to be.
So, having learned of my son's love of video games, this astute therapist told him to envision the dragons as if they were part of a video game, with my son holding the controller with the power to slay them.  Brilliant!  Freaking brilliant!
What I loved even more was my son's explanation of this that evening at dinner.  He announced that, although cool therapist had told him to slay the dragons, he would prefer to tame them.  Why, I asked.  And, once again proving he is wise beyond his 13 years, he stated that even though the Worry Dragons scared him, he knew he needed them.  That instead of slaying them, he wanted to tame them so they were his friends, under his control, and could be utilized by him when he needed them.  I was speechless.  This happens often with my kid.  ;)
And so he will return to his new therapist in a few days for his next appointment, and maturely explain to her that he will not be slaying the Worry Dragons, but taming them.  Because, in life, there are times when we all need those special dragons we have tamed, to help us over the next hurdle.
~ The Lazy Gourmet

TheLazyGourmet
Grimsby, Ontario, Canada
Grimsby mom. Newly gluten-free. LGBT ally. Mental health advocate. Former professional ballroom dancer. Dog-lover. Bon Jovi fanatic. One of my favorite quotes is "The journey is the goal" so if I can share my journey and the things I've learned along the way to help others, then my struggles will have been worthwhile. Cheers!